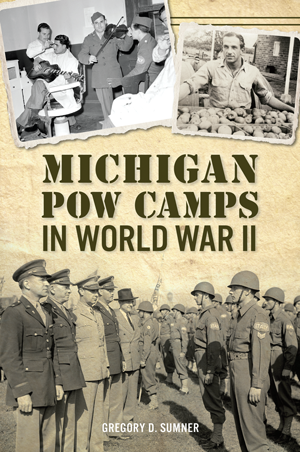 Cancelled due to a family issue. The event is rescheduled for March 14.
During World War II, Michigan became a temporary home to six thousand German and Italian POWs. At a time of homefront labor shortages, they picked fruit in Berrien County, harvested sugar beets in the Thumb, cut pulpwood in the Upper Peninsula and maintained parks and other public spaces in Detroit. The work programs were not flawless and not all of the prisoners were cooperative, but many of the men established enduring friendships with their captors.
Join us in listening to author Gregory Sumner tell the story of these detainees and the ordinary Americans who embodied our highest ideals, even amid a global war. Sumner will be talking about his book written on the same topic and sharing more about local POW camps!
Interested in learning more? Check out Sumner's book, Michigan POW Camps in World War II, at the library today!